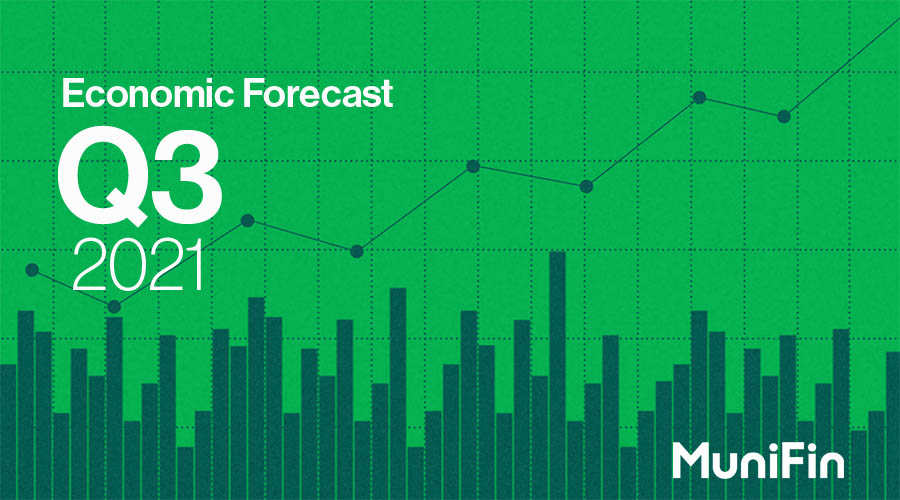 The Finnish economy has recovered faster than expected this year. Employment figures have also climbed above expectations, but labour shortage is becoming a persistent problem. MuniFin raised its forecast on this year’s GDP growth to 3.2%.

Things are looking somewhat less stable globally: forecasts for the global economy estimate that peak growth may already have passed. Vesala points out that this does not automatically imply a dramatic change in the global economic outlook.

”Overall recovery from the pandemic happened in a more front-loaded manner than expected. On the other hand, supply side bottlenecks in global value chains  may have been underestimated”, Vesala explains.

Recovering employment has been a positive surprise this year. The trend of the employment rate has already reached the pre-pandemic top level of 72.7%, and a record number of open jobs remain available.

Vesala notes that the employment figures can be explained by growth in part-time jobs. Total working hours still amount for less than before the pandemic. In other words, work is now divided among more people.

As a flipside of rapid economic recovery, significant bottlenecks have developed in the labour market. Many sectors are affected by acute labour shortage hampering growth in production.

“Part of the shortage is due to a skills gap. Jobs lost during the pandemic are being replaced with new, but slightly different ones with different skill requirements”, Vesala observes.

Labour shortage is evident especially in Ostrobothnia, where unemployment is substantially lower than the average in Finland. Kainuu and Lapland are suffering from a particularly difficult employment mismatch where many jobs are available, but unemployment remains high.

As the economy recovers, these kinds of regional differences may become larger.

“The regions with an educated and economically active population will reap the most benefits from the economic upswing”, Vesala predicts.

Uncertainty about the health and social services reform

The improving economy has a positive effect on municipal finances as well. Employment and total payroll have grown faster than expected, resulting in more tax income. Esa Kallio, CEO at MuniFin, points out that favourable economic conditions alone will not solve the structural challenges that municipalities struggle with.

“Transforming age structure and dwindling working population continue to threaten the economic sustainability of many municipalities.”

Implementing the health and social services reform is also a burdensome execise for municipalities.

“There is uncertainty about municipality-specific impact assessments and transfer of functions. At the same time, municipalities are expected to determine their post-reform level of taxation for the year 2023. This is a very difficult task. And while the reform reduces some need for municipal investments, it shrinks municipalities’ operations much more in comparison and thus a smaller income base supports investments. Supporting the long-term investing capacity of municipalities is therefore even more important than before”, Kallio summarises.