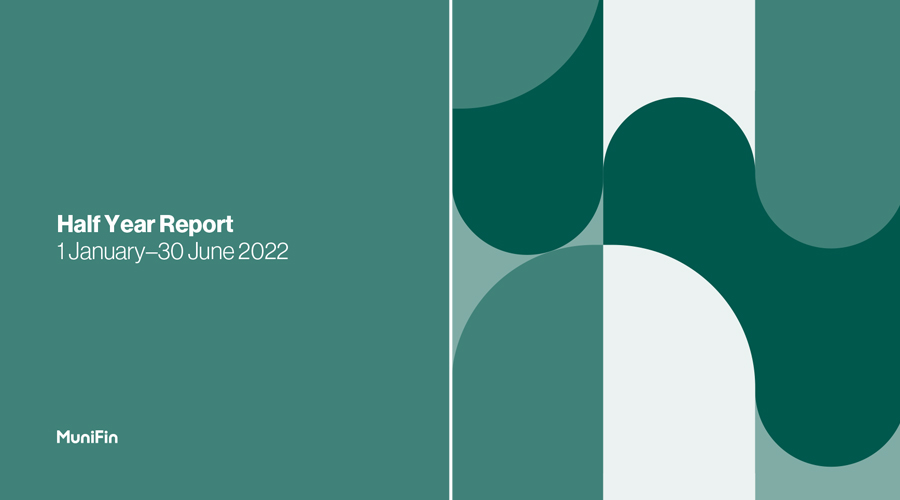 MuniFin’s net operating profit excluding unrealised fair value changes amounted to EUR 74 million in the first half of the year. A year before the figure was a record-high EUR 108 million. This year’s drop was expected, as it was influenced by the change in credit terms applied in late 2021.

– The pandemic has transformed our lives into something that is predicted to become the new normal, but the outlook has become even murkier than expected after the war broke out in Europe. Amidst all this uncertainty, it is important to note that at MuniFin, we work hard every day to create stability in these uncertain times and to ensure smooth operations for all our customers, notes Esa Kallio, President and CEO at MuniFin.

At the end of June, the MuniFin’s capital ratio was very strong. The Group will also publish a separate Pillar III Report on risk management and capital adequacy on August 8.