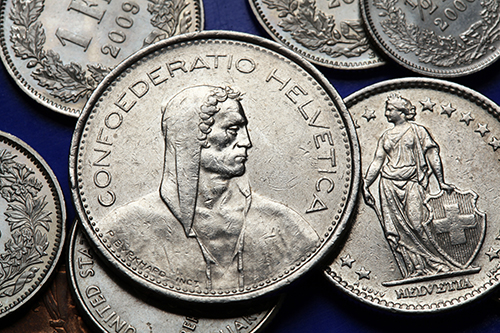 The first bond of the year issued in Swiss francs by Municipality Finance (MuniFin) was a great success in the market despite the tight pricing and long-term funding of 10 years. The coupon paid by MuniFin to investors is a record low at 0.75 per cent, which corresponds to mid-swaps -16 basis points.

The note of 150 million Swiss francs or EUR 123.6 million issued on 12 August was fully subscribed, even though it is the tightest priced bond by an international issuer this year, reported SSA Markets, the international news service for security markets. SSA Markets also reported that the deal could have grown beyond 150 million CHF, but MuniFin had capped the maximum size of the deal. Lead manager for the transaction was Credit Suisse.

The investors were mainly pension funds and banks treasuries, which were interested in the high quality of MuniFin’s bond. The yield is low, but the investment is also considered very safe and secure.

“The Swiss market is important for MuniFin, as it is one of the few markets where we can obtain long-term funding in suitably small lots,” says Joakim Holmström, MuniFin’s Vice President, Head of Funding.

MuniFin issued its first bond in the Swiss capital market in 1997 and the company has been active in the market since 2006. MuniFin even succeeded in issuing a bond in Switzerland a week after the bankruptcy of Lehman Brothers in 2008. Swiss investors have also demonstrated their trust in MuniFin by frequently investing in the company’s pound and dollar-denominated benchmarks.

“The continuous participation in the Swiss market bears fruit. Our latest Swiss franc Benchmark was 10.5 basis points tighter than the corresponding arrangement by the Dutch BNG Bank last week. Such a tight pricing we haven’t seen since 2008,” says Holmström.