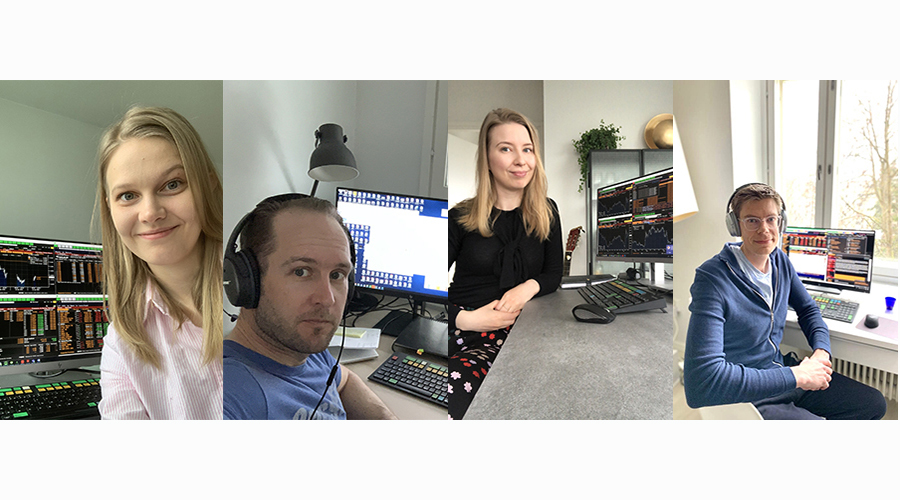 MuniFin priced its second EUR denominated benchmark transaction of the year on Wednesday 15 April 2020. The benchmark was successfully priced despite the challenging market conditions amid COVID-19. The final order book was over three times oversubscribed and more than 90 investors placed orders.

The mandate for the new 5-year benchmark was announced on Tuesday 14 April. Books were opened on Wednesday 15 April at 10:30am Helsinki time at mid swaps +20 area. Demand for the new benchmark grew to EUR 2 billion when the books had been open for an hour. The price guidance on the deal was thus revised to mid swaps +18 area. The final spread was set after books had been open for ~1.5h at mid swaps +16 area, when books had reached EUR 2.8 billion. The final order book was over EUR 3.6 billion when books closed.

The orderbook was of very high quality. 46% of the allocations went to Central Banks & Official Institutions, 45% to Banks, 7% to Asset Managers and 2% to Insurance/Pension Funds. In terms of geography, 76% of the investors were from Europe (excl. Nordics), 19% from the Nordics, 4% from Americas and 1% came from Asia.

– It was an excellent achievement to issue such a successful benchmark under the current market backdrop. It was also exceptional that a benchmark was executed while working from home both at the issuer’s as well as the joint lead managers’ end. This demonstrates that MuniFin is able to ensure its basic duty of securing the financing of its customers under all market conditions, says Joakim Holmström, Executive Vice President, Head of Capital Markets at MuniFin.

– An impressive outcome for MuniFin’s second Euro benchmark of 2020. In a very challenging market, the transaction captured the attention of a broad range of investors resulting in a heavily oversubscribed issue highlighting the MuniFin’s well established investor base.  Citi was pleased to have been part of this success, says Philip Brown, Head of Public Sector DCM at Citi, who acted as a joint lead manager in the deal.