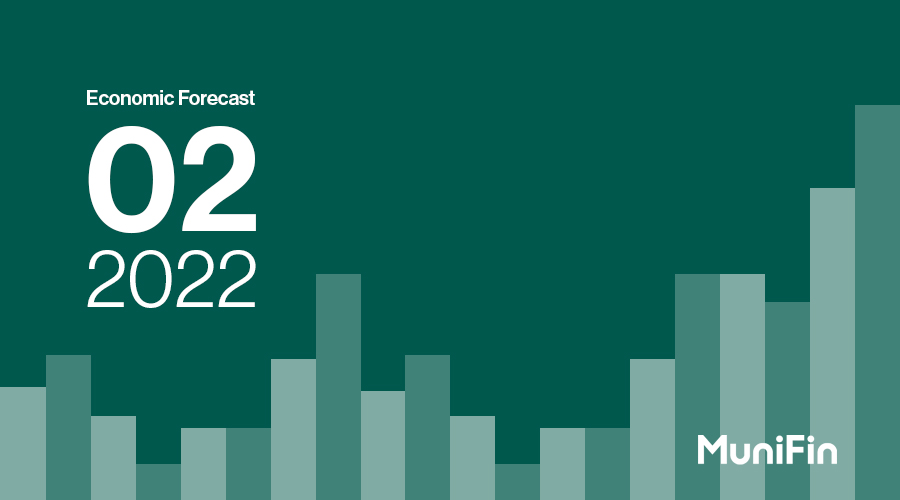 The Russian invasion of Ukraine has fundamentally changed the outlook of the Finnish economy. Not only has consumer confidence weakened, but the business expectations have also taken a slight downward turn. Despite the challenging outlook, the Finnish economy is facing the future from a better position than it did when the COVID pandemic hit, and the future NATO membership should help to clarify Finland’s security position.

Rising costs and interest rates are overshadowing the economy and the construction sector in particular. In general, the operating environment is now far from optimal for investments. Finland’s future NATO membership should help to clarify Finland’s security position and strengthen confidence in Finland as a safe target for investments in the long run.

Despite the challenging outlook, the Finnish economy is facing the future from a better position than it did when the COVID pandemic hit.

The service sector has revitalised after restrictions were lifted, and many industries still have  strong orderbooks so industrial production is expected to keep growing at least for the rest of the year. The growing trend in employment has continued despite the war in Ukraine, and the employment rate has already risen to around 74%. The seasonally adjusted unemployment rate has fallen close to 6% and is now at its lowest level since 2008.

The biggest uncertainty factor in domestic economy is the accelerating inflation and its effect on domestic consumer demand. In January–March, the real income of full-time employees decreased by 2.7% from the previous year. Such a drop in real income has not been seen in Finland since the late 1970s.

To some extent, consumer price inflation is driven by a change in relative prices, to which households can adjust by changing their consumption habits, but the majority of the cost pressure comes from rising prices of necessities, such as food, fuel and housing. Debtors’ interest expenses are also on a rise. Some households have additional pandemic savings, which may mitigate the effects of their declining purchasing power to some extent.

GDP will grow moderately in 2022, but 2023 is looking highly uncertain

The Finnish economy is relatively strong, but the growth outlook is bound to deteriorate because of the war in Ukraine, the rising inflation and the rapidly tightening monetary policy. The Finnish GDP is expected to grow very little during the rest of the year, and negative quarters are also possible.

Thanks to last year’s strong growth trend, however, the Finnish GDP is expected to reach an overall growth of 1.5% for 2022. The next year, on the other hand, is expected to be more difficult: our current estimate for GDP growth in 2023 stands at 0.5%, and that, too, requires that the economy starts to recover during 2023.

The weakening economic outlook also affects employment growth. The share of hard-to-fill vacancies is higher than during previous cyclical peaks, and talent shortage is so serious a problem that it limits recruitment in itself. Nevertheless, due to the recent sharp decrease in unemployment, we have lowered our estimate of the overall unemployment rate. We now expect it to average around 6.8% for both this year and the next.

This summary of MuniFin’s Economic Forecast (only available in Finnish) is written by Timo Vesala, Chief Economist, Doctor of Philosophy (PhD), Economics.