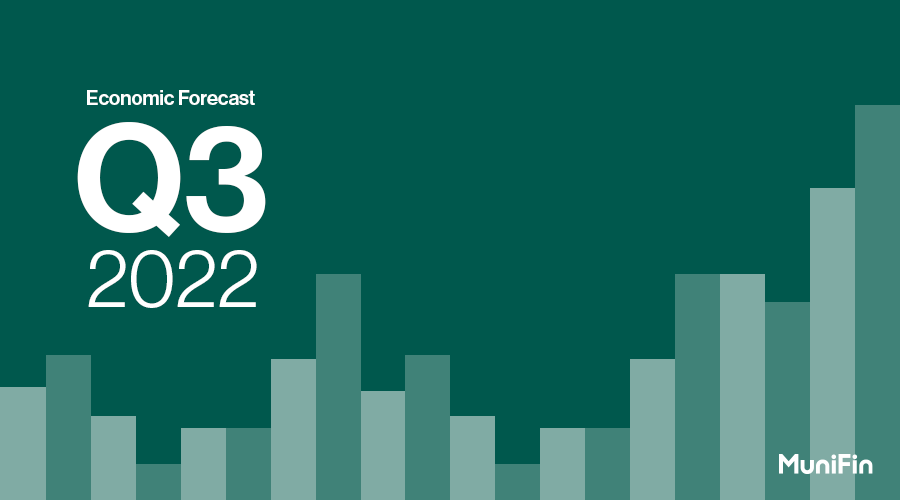 The Finnish economy indicators exceeded expectations in the first half of the year thanks to lifted COVID restrictions, strong private consumption and other factors. In April-June the Finnish GDP grew 0.9% compared to the last quarter and the yearly growth reached 3.0%. However, the third quarter marks a transition to a weaker business cycle and the Finnish economy is going into a slight recession.

The effects of the Russian war on Ukraine have hit the Finnish economy slower than feared, but as the war drags on, it will inevitably affect the everyday lives of people more and more.

MuniFin’s Chief Economist Timo Vesala lists the reasons behind the economic downturn: “The positive developments in employment are grinding to a halt, and real wages are falling faster than ever since the late 1970s. Consumer purchasing power is taking hits from multiple angles at once: electricity bills and food expenses are skyrocketing and many people with a mortgage are facing manifold interest costs. Rising interest rates are weakening the prospects of the housing market and construction sector, and after a very busy period, the volume of construction investments is likely to fall next year.”

At the same time, the entire world economy has become significantly more volatile.

“The US and European central banks have signalled that they will keep raising interest rates for the time being, regardless of how fast growth expectations will fall. Judging by the ECB’s communication, it seems that its deposit rate will rise to approximately 1.25–1.50% by the end of the year. After rapid interest rate hikes, the rate of increase is expected to either slow down or even stop altogether next year if the economy slides into a deep recession. In any case, interest rate cuts remain unlikely until inflation has reliably returned to the target level of 2%”, Vesala explains.

Finland is likely to have already entered a period of mild economic recession. MuniFin’s economic forecast is based on a scenario in which Finland’s GDP will contract in the latter half of 2022 and the factors affecting demand will continue to weaken long into 2023.

MuniFin nevertheless maintains its GDP forecast for the ongoing year at 1.5%. The strong initial level of total production and the surprisingly good development in the first half of the year mean that the overall GDP growth in 2022 will be positive despite some negative quarters.

The year 2023 is expected to start with negative growth transferred from 2022, which significantly weakens expectations for GDP growth. MuniFin has therefore lowered its GDP forecast for 2023 to ‑0.5%. MuniFin expects economic recovery to begin in the second half of 2023, which will create a better starting point for the following year. MuniFin forecasts a GDP growth of 1.5% for 2024.

Effects of the energy crisis impossible to predict

MuniFin’s forecast for Finland’s average rate of inflation in 2022 stands at 6.7%. The inflation peak will eventually subside as demand fades, but price hikes may not level out until next spring.

In Europe, the massive increase in energy costs combined with the weak euro are creating widespread upward pressure on prices, and the much-awaited decline in inflation is being pushed into the distant future.

“Electricity prices will be extremely uncertain in the coming months, which makes inflation difficult to predict. In the worst-case scenarios, the steep price of electricity can have a dramatic effect on consumer prices”, Vesala notes.

MuniFin prepared to offer financing to municipalities that own energy companies

MuniFin is also prepared for a rapid escalation of the energy crisis. Municipal energy companies are responsible for a significant part of Finland’s energy production, and their collateral requirements are a risk to the continuity of operations.

“We stand ready to offer financing to municipalities that own energy companies in order to ensure their continued operations. We will be able to meet the demand for funding even if it spikes significantly. We have always had a strong liquidity buffer and we increased it even more because of the Russian aggression. It is a precautionary measure for unexpected situations such as this one”, says Esa Kallio, MuniFin’s CEO.