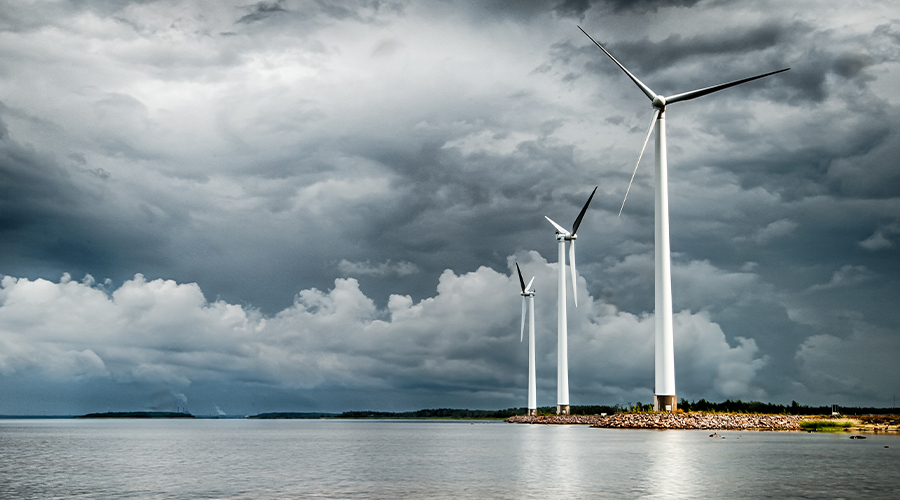 Finland has more flexible power consumption than most European countries, says Samuli Honkapuro, professor in energy markets. Flexible demand will probably help Finland avoid worst-case scenarios, but even those have been prepared for.

The price of electricity is soaring to record highs across Europe, putting many consumers in a tight spot. In September, electricity cost an average of 215 euros per megawatt-hour in Finland, while two years earlier the price was less than 40 euros. Prices are rising even faster in Germany, where the monthly average for September was 346 euros.

These steep increases are driven by bottlenecks in production, most importantly the shutdown of the energy trade and gas supply caused by the Russian war in Ukraine. But the war is not the only reason behind the energy crisis, says Samuli Honkapuro, professor in energy markets and energy systems at LUT University. The European energy market has been hit by a perfect storm.

“Pretty much every indicator has pointed in the wrong direction. The Nordic countries have experienced a couple of dry years, which has upped the price of hydropower. France’s problems with nuclear power have strained Central Europe, and emissions rights have also had a small impact. And then, of course, the war started”, Honkapuro observes.

The situation in the Nordic countries is better than in most of Europe. Finland has systematically decentralised energy production and steered away from fossil sources such as natural gas, making the availability of energy less dependent on individual forms of production.

“Roughly one quarter of our electricity is nuclear, twenty per cent hydro and ten per cent wind power. One quarter comes from combined electricity and heat production, and the rest is imported”, Honkapuro reports.

Last year, approximately forty per cent of Finland’s imported electricity came from Russia and the rest from Nordic countries. The Russian imports have since then been completely replaced by Nordic or Baltic electricity.

Finland requires 40–45 terawatt-hours of energy for heating residential buildings each year. More than 80 per cent of this is produced by district heating, wood or electricity. In 2021, more than half of district heating was produced with renewable energy or waste heat, and slightly more than a quarter with fossil fuels: natural gas (12%), coal (11%) and oil (3%). Natural gas has been imported almost exclusively from Russia, but its importance in electricity and heat production has been small. The Russian pipeline has now been replaced with Balticconnector, a natural gas pipeline between Finland and Estonia, and by liquefied natural gas transported by sea. Finland is in a markedly different situation compared to Germany, for example, where natural gas is by far the most popular method of house heating.

Even though Finland is not a major consumer of natural gas, the upward pressure on gas prices nevertheless has its impact here, too. Natural gas is one of the cornerstones of Central European electricity and heat production, and its price dictates the formation of energy prices throughout the region. This effect is somewhat mitigated by the limited transmission capacity, which causes the greatest price pressure in the Nordic countries to be limited to Southern Norway.

“Southern Norway is tightly integrated into the European energy market, with pipelines going to Germany, Netherlands and the UK. Electricity is now several times more expensive in the south of Norway than in the north”, Honkapuro points out.

Limited transmission capacity protects Finland from the worst price pressures, and price spikes are also levelled out by flexible demand, which works well in Finland. Energy production and demand are kept in balance through reserve and balancing markets managed by Finland’s transmission system operator Fingrid. In Finland, users also participate in these markets, as opposed to many European countries, where they are only meant for producers.

“Many industrial and production processes are included this system. For example, the lighting of almost all of Finland’s largest greenhouses can be temporarily cut off during the heaviest peak demand. Fingrid will then pay them a compensation for the outage”, Honkapuro explains.

Finland is also gaining an increasing amount of wind power. Last year broke all records with 141 new wind turbines, but this year, this record was broken in less than six months. At the end of 2025, Fingrid estimates Finland’s wind turbines to produce approximately 32 terawatt-hours per year, which is almost half of Finland’s total energy production last year.

As wind power becomes more popular, production becomes more dependent on the weather. Demand should therefore continue to be flexible.

“We have a lot of automation technology that can be used to regulate things like the ventilation of office buildings in step with electricity prices, but this type of automation is not yet used nearly to its full potential. Because electricity has been very cheap, there hasn’t been so much incentive for these types of renovations.”

Honkapuro sees a silver lining in the energy crisis. The high prices accelerate the green transition and encourage governments and companies to invest in energy efficiency and flexible demand. According to Honkapuro, the Finnish energy market’s future is bright, which bodes well for the country’s economy as a whole.

“For example, a megawatt-hour of new wind power costs 20–30 euros to produce in Finland, compared to approximately 70 euros in Germany. In a few years, Finland will produce so much inexpensive renewable energy that it may have great potential to attract industry and investments.”

But first, we have a difficult winter ahead of us. Honkapuro remains optimistic about that as well.

“This autumn we’ve noticed that high electricity price cuts consumption by a surprisingly large amount. When the price rises further, consumption may fall even more. I don’t think that we’ll have to deal with power shortages this winter.”

Should the demand of electricity nevertheless exceed supply, Fingrid has the means to regulate electricity consumption. For households, this would mean predetermined rolling blackouts of a couple of hours across Finland. While this is undoubtedly an undesirable scenario, it is reassuring to know a game plan exists for tackling it.

“We’re prepared for it. And at least we’d then get to study how the blackouts work in practice”, Honkapuro chuckles.