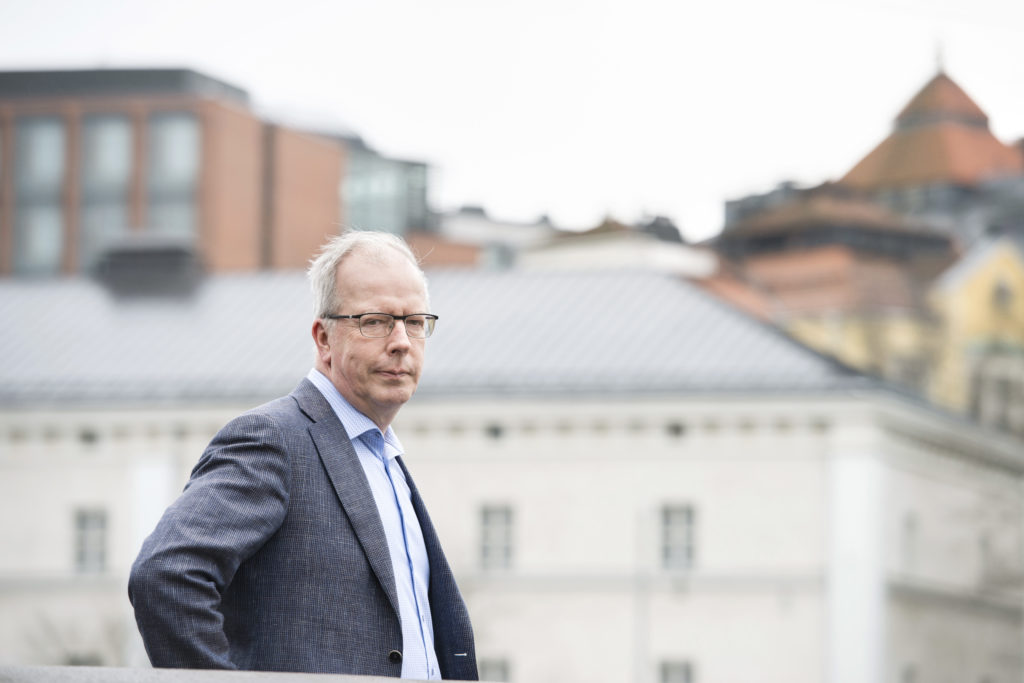 In an article published in early June, the British newspaper the Guardian applauds the Finnish Housing First model, where the key point of view is that acquiring a home is the principal starting point in fighting homelessness. According to the newspaper, Finland is the only EU country where homelessness is on the decline.

The Guardian explains that in Helsinki hardly anyone has to sleep rough anymore, while in England, for example, the number of rough sleepers has rocketed. The article also explains the background to social housing production in Helsinki.

This is not the first time the British newspaper has written about the Finnish model, the previous time being about a year ago. For its most recent article, the Guardian interviewed, among others, the Y-Foundation’s CEO, Juha Kaakinen, who says that the topic has attracted tremendous interest.

“We receive comments and enquiries about it all the time from all over the world. I have been interviewed, for example, by a radio station in South Africa,” Kaakinen says.

He has toured several countries, presenting the Housing First model, and at the same time learned about the various ways homelessness is fought in different locations.

“The special strength of the Finnish model is our wide-ranging cooperation between the state, municipalities and the organisations involved. While people elsewhere are talking about homelessness, we are taking action. Our approach to it is very pragmatic.”

Positive outlook on the future

Kaakinen also praises the new government programme, one of the aims of which is to halve homelessness during the current parliamentary term and ultimately to eliminate it entirely over the next two terms, that is, by 2027.

“This is a very promising, historic goal. I am optimistic about the programme also because we have experience from the last decade of how to build a model like Housing First and actually implement it collaboratively,” says Kaakinen.

He calls for active measures.

“We have to invest in auxiliary resources. The supply of affordable rental dwellings is a key structural factor in preventing homelessness and, at the same time, the route out of homelessness. From the point of view of housing production for the public good, I also consider it a positive fact that the interest subsidy system is still being developed to make it more attractive. We need affordable alternatives, whether they are rental or owner-occupied dwellings,” Kaakinen says.

Although huge improvements have already been achieved, as shown by the results of the Housing First model, there is still plenty to do in honing the details and deepening the work.

“There is no room for complacency. Even small delays in housing production and supply can translate as problems in the homelessness situation. We have seen clear signs of this in some cities. If the production of affordable housing is neglected, it shows as homelessness at the other end of the chain. We must stay alert constantly.”

According to Kaakinen, Finland needs to learn how to find special solutions for homeless women, among others.

“Fortunately, we have the support of international cooperation and a broad network to draw new ideas from, as well as present new ideas to.”

What does reasonably priced housing production mean?
Reasonably priced housing refers to the state-aided production of rental and right-of-occupancy dwellings by developers who operate on a non-profit-making basis. The rent paid by the tenants consists of the direct expenses incurred in the construction, maintenance and repair of the building. The state supports the construction of affordable housing by providing interest subsidies for the financing of buildings. Interest subsidies may be granted to housing operators and projects which the Housing Finance and Development Centre of Finland (ARA) has defined as a public utility. Municipality Finance Plc is Finland’s largest sponsor of social housing.